Most Wanted Card for Each Team 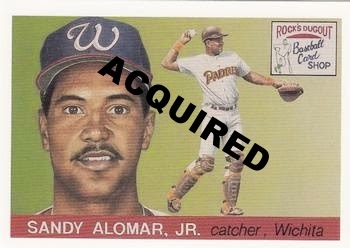 I can't find a ton of information about this card.  It appears to be some sort of bonus card for the Wichita Wranglers team set.  Alomar played for Wichita in the 1980's, when they were known as the Pilots.  This appears to be the only minor league card I still need.

EDIT:  On 12/1/2014, this card was added to my collection.  I now believe I have all of the minor league cards of Sandy Alomar Jr.

I have no scan of this card because it is incredibly rare.  There are just two copies of this card out there.  It is the buyback of the 1989 Donruss Rookies card foil-stamped and autographed and is currently the last of three certified autos of Alomar with the Padres.

There are a bunch of Indians cards on my Top Ten Most Wanted.  Since the 1998 Topps Tek set is my current biggest goal, I figured it would be easiest to simply enter all of the needed patterns. 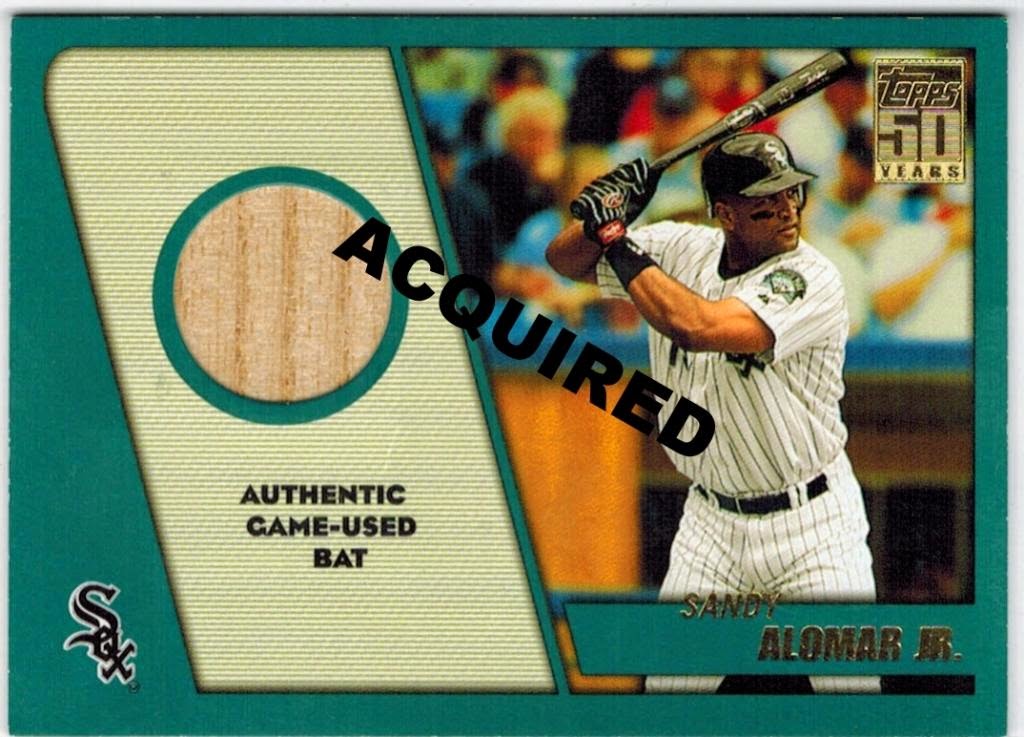 Alomar actually seems to have as many White Sox relics as he does with the Indians.  This is mostly due to the fact that relics became a lot more common in the early 2000's.  For some reason though, his relics are kind of hard to find.  Including this one.

The new addition for Most Wanted White Sox card is: This card was supposed to be added to my collection as part of a Beckett Marketplace order, but unfortunately the card I received was the base card.  Very disappointing.

The new addition for Most Wanted White Sox card is:

These cards were only available through redemptions.  I have a Kevin Millar in my Red Sox collection, but it is the only Silver Refractor I have seen. 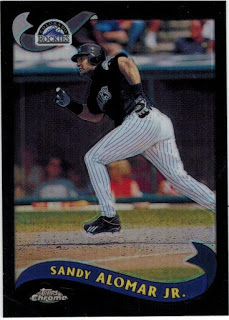 This appears to be the only remaining Rockies card I do not have.  I have the Cliff Floyd card for this parallel set, but no Sandy Alomar Jr.

The new Most Wanted Rockies card is:
None.  As far as I am aware, I have all of the Rockies cards for Alomar.  There is a minor possibility of there being another Archives Signature card, either the base 2002 Topps Traded or the 2003 Topps Heritage, but if either of those exist, I have not seen any sign of them.  I believe they would be 1/1s if they do exist. 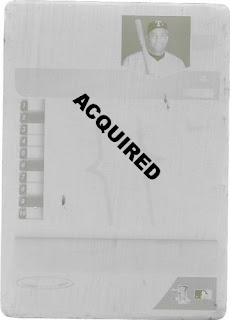 By the time Alomar was with the Rangers, he was barely a backup catcher.  Also, there were very few sets making large team sets.  So Alomar only appears in a couple of sets with the Rangers and I have all but the rarest cards.  Though there is a Rangers exclusive set that I suspect is more of a postcard size set. 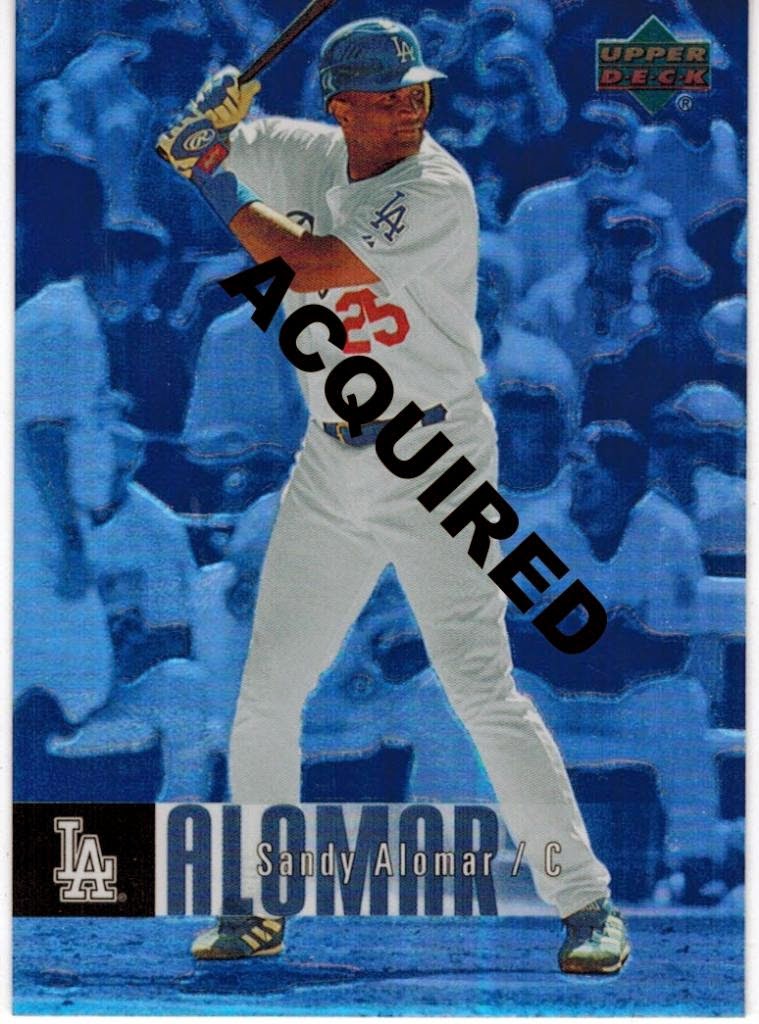 Similar to the Rangers, there are not many Dodgers cards of Alomar.  The blue version of this set is the rarest besides the printing plates.  I also need the red and purple versions. 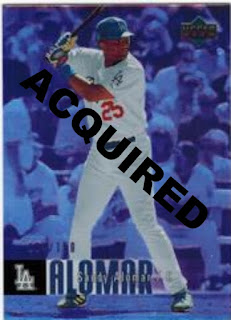 I know a blogger that has this card.  It is numbered out of 150.  Not many Dodgers cards left out there.

EDIT: In August, 2016, this card was added to my collection. 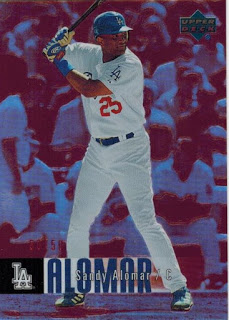 EDIT: In December, 2016, this card was added to my collection.

NEW YORK METS:
To my knowledge, there are NO New York Mets cards.  Maybe some day he will manage the team.  Who knows? 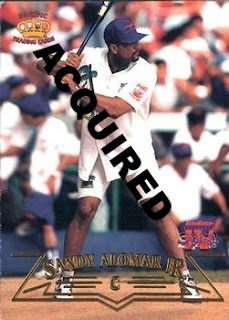 I do not think there is a team designation on this card, it was part of a set produced for Carlos Baerga's softball tournament featuring other Puerto Rican players.  There is also a Puerto Rican Winter League card I still need.

EDIT: On December 30, 2015, this card found its way into my collection.  There are no more miscellaneous cards out there I am aware of.